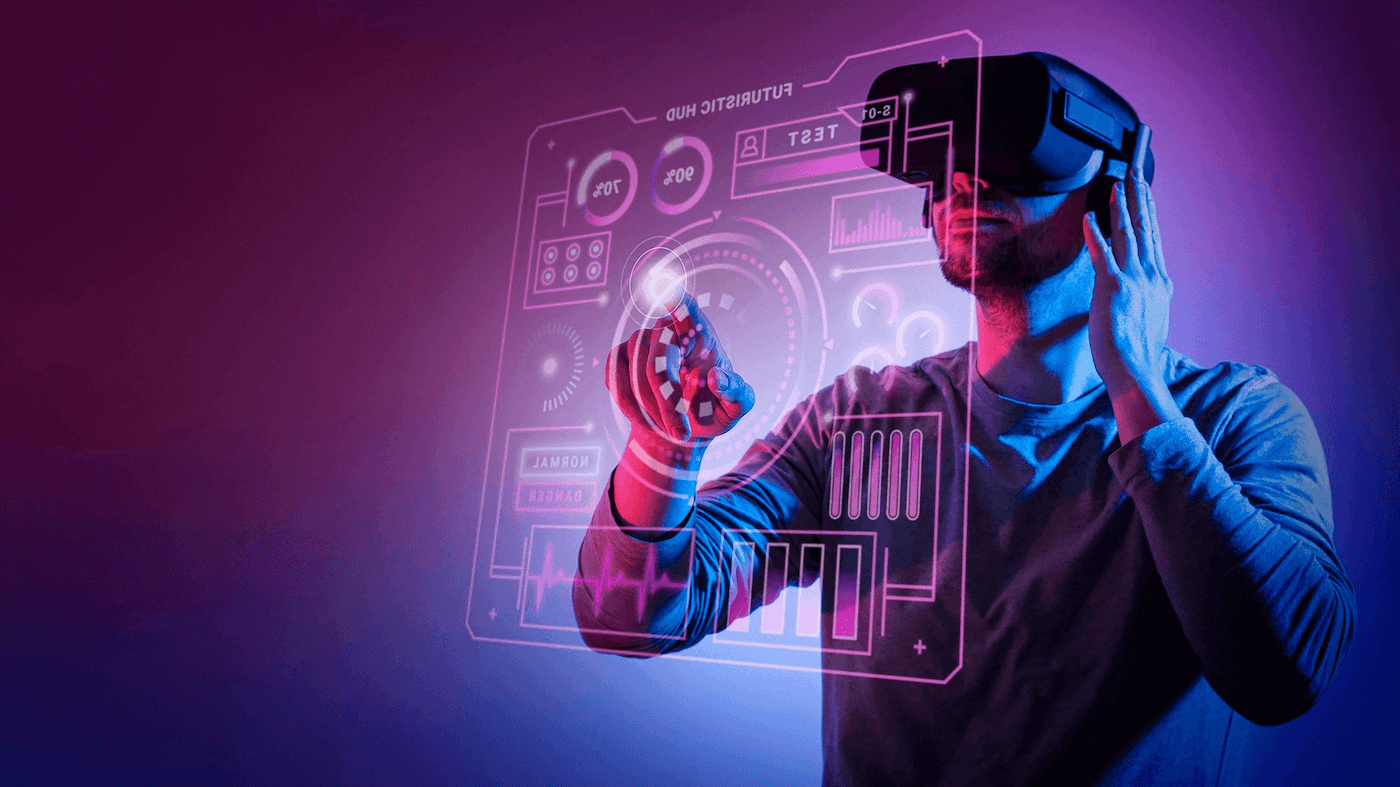 The metaverse and the rise in blockchain integration for mobile apps has generated a lot of attention on the mobile market. There are also exciting developments on the Android and iOS platforms in terms of augmented reality, chatbots, and voice recognition. There have also been notable innovations from Google's Flutter (an open-source UI software developer kit) and Facebook's React Native development tool.

This post will discuss some of the most important mobile app development trends. We also want to explain how these might impact future mobile app technology solutions.

Top two trends in mobile app development are blockchain and the metaverse. Here are some details about their impact on mobile apps solutions.

Is the dominance and growth of the metaverse on the horizon? This is the question app developers need to ask themselves as they develop and design apps in 2022.

Facebook announced on October 28, 2021 that they would change their company name to Meta. It is obvious that mobile app developers, one of the largest companies in the world, will need to shift their priorities as they focus on the metaverse.

Metaverse is a virtual reality space where users can interact with other users and a computer-generated environment. It's a possible version of the internet that allows you to exist in a vast array of virtual 3-D environments.

Already, metaverse games are a growing trend and it is reasonable to expect more mobile games to transition to this world.

App developers will have to assess whether their app can be integrated with other metaverses in 2022. If it is, they need to decide if there are any opportunities to pivot.

Mobile is expected to be the main platform for the metaverse, which is one of the most recent trends in tech. Recent research shows that metaverse mobile gaming revenues are expected to rise to more than PS3.1 billion by 2022. Mobile game developers have a lot of opportunities in the metaverse. Mobile gaming and apps are the perfect place for metaverse companies and developers to focus their attention in an industry that generated $90.7 billion in consumer spending by 2021.

Blockchain is a trend that will likely impact the mobile market in 2022, along with the metaverse. According to estimates, by 2024, the global Blockchain market will reach around $20 billion. Blockchain has already made inroads in the mobile app development industry.

Blockchain and cryptocurrency in general excel in many areas that are advantageous for mobile app development, including data security and transparency, reliability, implementation, accessibility, and accessibility. Open-source technology means developers can make changes to the blockchain's implementation and functions.

There is also an exciting opportunity for Blockchain to be applied to in-app purchases issues.

Decentralized blockchain means mobile app developers will have a larger share of the profits, and less to middlemen.

Developers and users of mobile apps have significant financial and practical incentives to use Blockchain.

The current environment means that it is unlikely that Blockchain use for in-app purchase will be blocked in order to limit their power. Diversification of the store market will likely happen in the near future, but we don’t expect any significant steps towards it in 2022.

In the past two years, there have been many mobile app development highlights that were related to Apple's iOS platform.

Swift is a programming language that can be used with iOS. Apple has introduced a modern, clearer API to enable concurrency in Swift apps.

These APIs can also be called 'async/await'. They make it easier to write concurrent code that is safer and more readable than previous APIs. These 'async/await' APIs have been improved by Apple and are expected to be the standard for many years.

Promising trends have been identified in relation to Apple's SwiftUI. There is increasingly integration in legacy projects. SwiftUI is used more often to create new projects. SwiftUI, the UI framework for Swift, has seen a lot of improvements in the past year. These include extended List views, asynchronous images and pull to refresh.

SwiftUI will have even more features in 2022. This is exciting news for developers who want to improve their iOS work.

In the past year, there has been excitement about developments in Augmented Reality (AR), and in the metaverse. One metaverse may soon be able to provide immersive experiences with VR rigs.

It's also exciting to learn that Apple's AR Glasses may soon be on the market. AR glasses have been speculated for some time. There have been indications that they will revolutionize personal and wearable computing. Smart Glasses so far have not received much appreciation and were for a while a comical anomaly.

The idea is still very exciting and Apple's AR Glasses may be the game-changer in the next few decades.Reports indicate that this device will eventually replace the smartphone as the primary computing and communication device.This technology may soon become a reality once it is mature enough for casual users to afford.

Google introduced an Ultra-wideband API to Android in 2021. The emerging technology in wireless technology is considered to be Ultra-wideband. Smartphones have relied for years on Bluetooth and WiFi. But UWB promises something new.

The Samsung Galaxy Note 20 is currently the only Android phone with UWB hardware. Samsung's SmartThings application is the only one that uses the hardware. UWB technology is still very young, but there are many opportunities for mobile app developers to take advantage of it in the future. Google will soon add APIs that support UWB to its platform. These APIs will also be available for third party apps.

Jetpack Compose is the Android toolkit that allows you to build native UI. It will receive its first stable version in 2022. It is expected to improve productivity and simplify app development. Because Jetpack Compose is easy to use, it allows app creation that's intuitive, simple, and powerful. We expect more mobile app developers to start using it in the future.

Kotlin Multiplatform Mobile technology (KMM), allows you to create code once, and then reuse it on multiple platforms like iOS or Android. It's a unifying technology that makes code sharing easier. You don't need to write platform-specific codes where they are needed. KMM supports a variety of mobile targets, including Android apps and libraries and Android NDK for ARM32 and ARM64 platforms.

We also believe that Android chatbots will be an important part of mobile app development in 2022. Chatbots are smarter, more advanced, and thus more beneficial to app developers and users. 58% are in the B2B sector. Chatbots are a great way to save time and integrate your online food delivery or retail app.

Chatbots are also easier than ever to develop and use, and this will be a key trend in app development for the next few years.

React Native (RN), Facebook’s open-source UI software platform, is currently facing stiff competition from Flutter. However, it continues to show that it can produce first-class applications. It is loved by developers and continues to grow at a rapid rate.

React Native Geosture Handler Version 2, 2022 is a native touch system that allows developers to create the best touch-based experiences with React Native. Developers of all levels can use the gesture handler to make gesture tracking smooth and reliable.

Reanimated is a React Native library which enables smooth animations. It will be a great resource for app developers. This library gives developers all the tools they need for creating innovative and exciting apps.

Multi-platform functionality is another area where React Native may expand in 2022. Multiplatform programming not only reduces the time required to write the same code repeatedly but also allows you to retain native programming flexibility.

React Native APIs have a large majority of code reuse between platforms, such as iOS and Android.

Cross-platform functionality is a huge money-saver for creators and developers. It means that you don't need to spend tons of time or resources building apps for different platforms.

Google's Flutter, an open-source UI software toolkit, could also be a hot topic in 2022. Flutter, like React Native is an extremely useful and powerful framework to build cross-platform mobile apps.

For a variety of reasons, Flutter will set the standard in mobile app development by 2022. First, an app developed by Google has many benefits, including the strong support, exceptional performance, and boost from Flutter native Google Ads.

Flutter is a great tool for small and medium-sized businesses that need to quickly create enterprise applications.

The Flutter framework offers intuitive features and support for a variety of services, including food delivery apps and communication apps.

Third, Flutter provides a range of embedded animations that mobile app developers can use to improve the features of their apps. Flutter is a great technology for startups that are looking to create a Minimum viable Product (MVP). Flutter will allow you to create exciting features at a low development cost.

In recent years, Flutter for web has seen a lot of development. Flutter Web support reached the stable milestone in early-2021. It is expected to release a wide range of web-specific features in a near future.

Flutter for web has the advantage of looking exactly as the designers intended it to on every platform in terms of UX, UI and animations. This is ideal for apps with a clearly defined style. Flutter for web also offers the opportunity to port all components from mobile to the web, which is a benefit for consumers.

As the brand grows, there is potential for scaling-up platforms. Flutter supports the development of desktop apps on Windows, Mac, and Linux. Flutter's accessibility and flexibility are a sign that it is well-positioned to succeed in 2022.

In the field of mobile app development, there has been much exciting and promising work in the past few years. Developers, designers, and creators continue to find innovative solutions to everyday problems. They also continue to refine and iterate on existing ideas in order to improve the mobile user experience.

The trends of today, whether it be machine learning, cloud computing integration, or augmented reality seem to have a significant impact on the future growth of mobile app development in the next ten year. App developers across iOS and Android are taking advantage of the latest advances in voice recognition, beacon technology, and blockchain technology to create engaging mobile applications and solutions.

We are confident that mobile app development will continue to thrive! 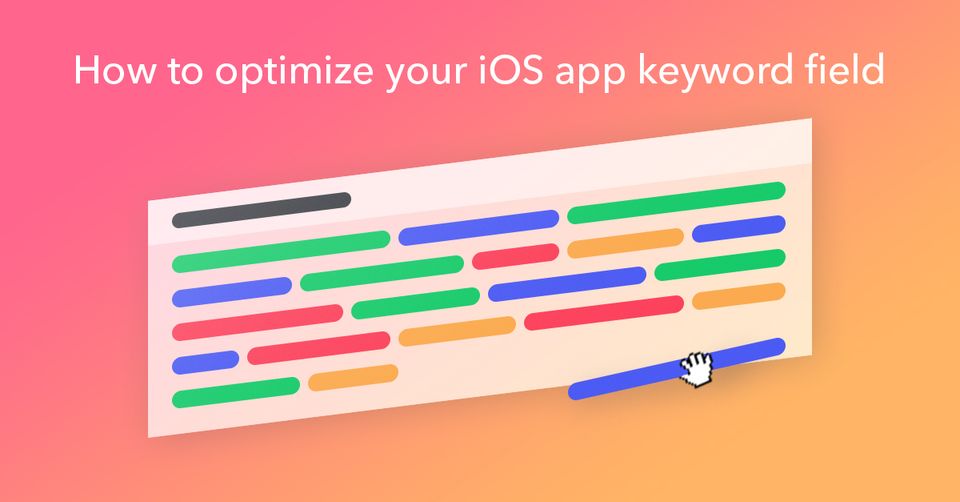